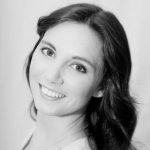 Lindsay Blackburn received a BFA in dance, Kennesaw State University from 2011-2014. During her time at KSU, she performed with the KSU Dance Company for four semesters at numerous venues including the Rialto Center for the Arts, the Cobb Energy Center, and the Kennedy Center in Washington, DC, at the ACDFA Nationals. She was classically trained at the Northeast Atlanta Ballet under Jennifer Gordon. In May 2013, Blackburn traveled to Taiwan and studied at the National Taiwan University of Arts. While at KSU, she was an active member of Nu Delta Alpha, a dance honors society. Blackburn has been teaching dance since 2008, and looks forward to working with the students of Lilburn & Grayson Schools of Ballet.